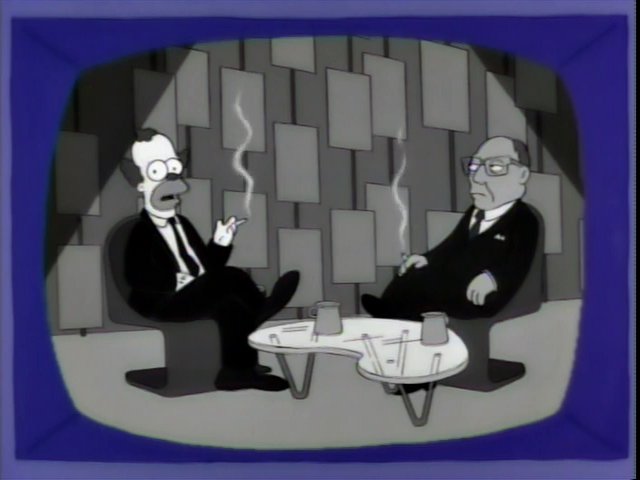 Last week, BC Green Party leader Andrew Weaver stated his unequivocal opposition to the NDP’s proposal to reinstate the old card check system for union recognition. Instead, Weaver prefers the current system of secret ballots. Weaver’s position is not terribly unusual in BC, but I believe it is badly mistaken. Fortunately, I don’t think the proposal to reinstate card check is dead quite yet; it may very well be possible for the NDP to rustle up support from among the Liberals (consider that even federal Conservatives have occasionally cast pro-labour votes) and the other members of the Green caucus. In this post, I will summarize both systems and make a case for card check against some common criticisms. If you find it persuasive, please pass it along to your MLA or communicate your support for the change in your own words.

Under the current system, instituted by the Liberals shortly after they came to power in 2001, 45 percent of workers in a proposed bargaining unit must sign membership application cards that explicitly authorize the union to apply for certification as the exclusive bargaining agent for the workplace. Once this threshold has been met, the cards are submitted to the Labour Relations Board as part of the union’s application for certification. If the LRB verifies that the cards are authentic and that the proposed bargaining unit is viable, a secret ballot election must be held within 10 days. If a simple majority of workers voting in the election cast their ballots in favour, the union will be certified and must be recognized by the employer.

The card check system raises the threshold of authorization cards required for certification, but forgoes the balloting stage. A union need only prove that more than 50 percent of workers in the proposed bargaining unit have signed authorization cards. If the rest of the application checks out, the union is automatically certified. The employer may even be unaware that a union drive is taking place until the threshold is met and the application is submitted. Proponents of card check argue that this system provides vital protection against illicit means of preventing employees from unionizing, including threats and intimidation by employers and managers.

Because of the federal division of powers in Canada, rules for certification may vary across the country. Workers in provincially regulated industries are subject to provincial labour law, while workers in federally regulated industries are subject to federal labour law. Up until 1977, all jurisdictions in Canada used the card check system. But currently, Alberta, British Columbia, Nova Scotia, Ontario, and Saskatchewan use some version of the balloting system (although Alberta may soon transition to a hybrid model where a supermajority of workers signing authorization cards allows the union to bypass the balloting stage). At the federal level, in the three territories, and in the provinces of Manitoba, New Brunswick, Newfoundland and Labrador, Prince Edward Island, and Quebec, the card check system is in use.

There is no clear national trend favouring one set of rules rather than another. Under Social Credit, BC adopted mandatory voting for a time before reverting to the card check system when the NDP came to power in 1993, and then implementing mandatory voting once again in 2001 after the Liberals formed government. Federal workers were briefly brought under mandatory voting rules in the dying days of the Harper government before card check was restored by Justin Trudeau’s Liberal majority. In Ontario, the governing Liberals’ recent left turn has emboldened the provincial labour federation’s push to restore card check in the province, while in Manitoba, the Progressive Conservatives’ return to power is expected to lead to the adoption of mandatory voting.

The usual criticism of the card check system is that it provides inadequate protection for workers’ freedom of association. The divisions noted above warrant some skepticism about critics’ actual motives, but in what follows I will mostly assume that both sides share genuine concern for the right to freedom of association, and differ mainly on how this right is best promoted and protected. Many critics of card check are sincere in their motives; as I will show, however, their criticisms are without merit.

One objection to card check which features prominently in the debate on the issue is that secret ballots are a fundamental requirement of democracy. Because card check forgoes secret ballots, then, it follows that the certification process is undemocratic. This may sound compelling at first, but with a moment’s consideration it should be clear that secret ballots are an exception in the democratic process, not the rule. Only a small proportion of all votes are conducted by secret ballot, in special circumstances where secrecy is of the utmost importance in ensuring an accurate accounting of voters’ true preferences. Secrecy is sometimes instrumentally useful in the democratic process; there is no intrinsic value to secret ballots. Thus, whether the secret ballot system is preferable in this case will depend entirely on the instrumental considerations to which I now turn.

This article from the Fraser Institute provides a representative example of free association-based instrumental arguments against card check. The authors, Niels Veldhuis and Keith Godin, argue that card check exposes workers to intimidation and harassment by pro-union employees. If workers can be pressured into signing membership cards, there is a significant risk that the majority threshold can be met without a majority of workers having made a truly free choice to support the application. Moreover, because an application may be made before an employer learns that employees are considering forming a union, the employer has no chance to present a case against unionization. This means that even in the absence of intimidation and harassment, workers will be unable to make a truly informed choice. Velhuis and Godin dismiss the argument that employers may exploit the opportunity to campaign against the union by threatening, intimidating or harassing workers themselves, noting that such practices are not permitted under BC’s Labour Relations Code. Under the mandatory voting system, even if workers can be bullied into signing authorization cards, they still have the opportunity to freely express their true, informed preferences in a secret ballot. The mandatory voting system is therefore far more conducive to workers’ freedom of association.

Oddly, however, Veldhuis and Godin cite studies showing that a higher proportion of union drives fail in jurisdictions using the mandatory voting system, as though this offers further support for their case against card check. In fact, proponents of card check often cite similar findings. They differ with Veldhuis and Godin only on the significance of the data. Veldhuis and Godin see the data as supporting the claim that workers aren’t as fond of collective bargaining as unions would have us believe. But this reasoning is viciously circular. The inference depends on acceptance of their conclusion that secret ballots are better at reflecting the true preferences of workers. And if the inference depends on that conclusion, then it cannot be cited in support of that conclusion.

In any case, I think we should also ask why the authors would rely on assumptions of compliance by either side. As noted above, certification rules in Canada have varied from place to place and time to time, and these variations provide ample empirical evidence on the actual relative risk of intimidation and harassment from employers and employees. In the debate on Bill C-4, which reinstated card check at the federal level, Rodger Cuzner noted that in four thousand decisions by the Canada Industrial Relations Board in the ten years prior to the adoption of mandatory voting at the federal level, there were only two findings of union misconduct during certification drives; in fact the CIRB found more instances of employer misconduct during this period. Comparative studies at the provincial level provide further support for the hypothesis attributing the decline in union density under mandatory voting regimes to employer intimidation rather than increased freedom for workers to express their true preferences.

What about Veldhuis and Godin’s complaint that card check deprives workers of the opportunity to consult sources of information about the costs and benefits of unionization? This claim depends on the assumption that workers have only two sources of information available to them — the union and the employer — and this assumption is obviously false. Workers have many sources of information available to them, including their coworkers, their social networks, libraries, employers’ organizations, and even think tanks like the Fraser Institute. Moreover, if an employer has some kind of privileged information that could have bearing on workers’ decision to unionize, they may freely share such information whenever they so choose. And if the complaint is really that the employer doesn’t get a chance to make their own case against a union — not for the workers’ benefit, but for their own — then it’s fair to ask why we should assume that employers have any such entitlement which the card check system fails to respect.