PressProgress has published a skeptical view about the Liberals’ plans for the economy of the future, pointing out significant gaps in a strategy based largely on training and skills development. I’m skeptical about some of the proposals in the CLC document they link to, but I agree with the basic idea. In principle, there’s nothing wrong with pursuing a high-flexibility approach (including a lot of “job churn”) to economic development. This approach comes with certain hazards for workers’ prospects, but so does the opposite approach. In both cases, the hazards can be managed with the help of government policy. In my view, the problem is not that the government wants to follow a high-flexibility approach, it’s that they’re failing to pursue policies that would effectively manage the hazards that come with that approach. In addition to job training programs, such policies would include expanding the scope of public insurance programs into areas normally covered by employer-linked benefit packages, an income security program that protects against income shocks following transition between jobs (not just during unemployment), enhanced wage subsidies, a higher minimum wage, providing low-cost public housing to ease the difficulty of relocation, accessible childcare, and guaranteed employment on the government payroll. Without measures like these, the government’s claim to be preparing workers for the jobs of tomorrow is not credible. 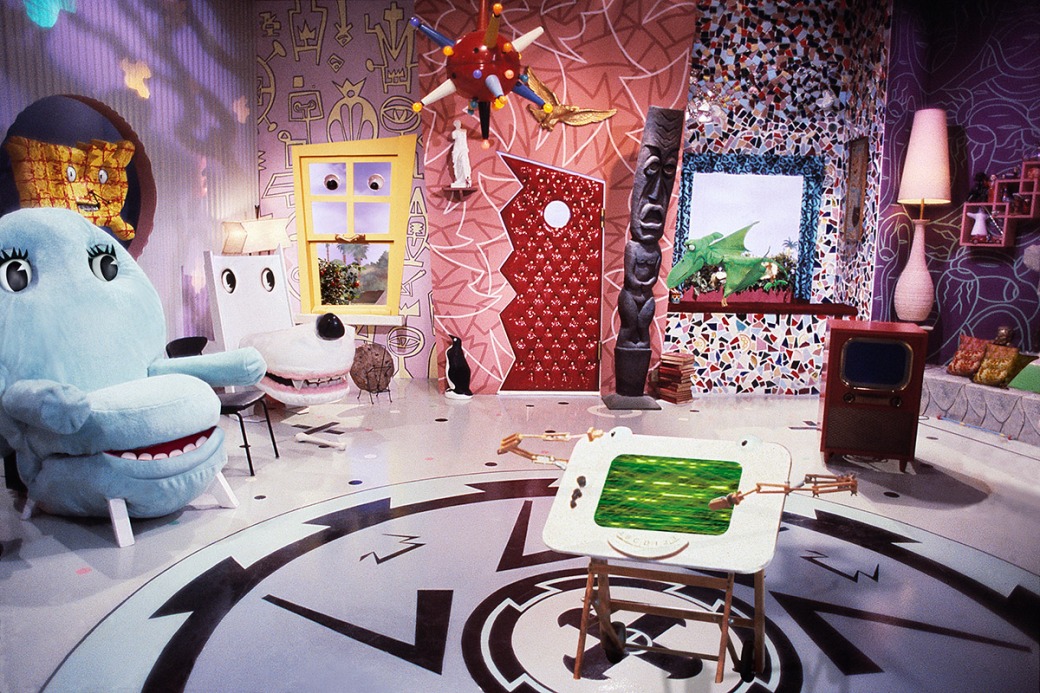 Despite what you might have heard, this is not quite what panpsychists believe

I’m mostly on board with panpsychism (especially the cosmopsychist variety which I described in this post) but I’m not so sure about this argument. My main worry is that simplicity is a virtue of scientific theories by methodological stipulation. There’s an infinite number of theories that can account for the data; selecting the simplest theory with equivalent explanatory and predictive power narrows down the alternatives and yields theories that are easier to learn, use, test, etc. That’s a good enough reason to apply the simplicity criterion to scientific theories. But I’m not sure that the simplicity criterion yields (or is more likely to yield) true theories, and philosophy of mind aims for truth, not utility. So I’m not sure it’s appropriate to treat considerations of simplicity as dispositive in the context of philosophy of mind the way we would in the context of scientific theorizing.

For further reading, see Goff’s response to some critics of his article: https://conscienceandconsciousness.com/2017/03/18/the-simplicity-argument-for-panpsychism-2/

Say what you will about the Ferengi, at least they don’t question your motives when you ask about wages

National Observer has an interesting article about a woman, Taylor Byrnes, whose job interview with a food delivery company was cancelled because she asked a basic question about compensation. The company, which runs a food delivery service called “Skip the Dishes”,  explained that the question showed that Byrnes’s “priorities are not in sync” with theirs. In a followup email intended to clarify their position, a company representative wrote that prospective employees are expected to be “proven self-starters” with “intrinsic motivation” to pursue the company’s goals without regard for compensation.

Philosophers like Karl Polanyi and Michael Sandel have written about the norms of the market economy encroaching on other areas of social life and leading to a market society. But this story shows the spillover going in the other direction, with equally troubling results. The prospective employee was disqualified because she was acting under market norms, approaching the company in the manner of a worker selling her labour in a market economy. Under these norms, simple questions about the terms of the exchange between employer and employee are routine. However, the company unreasonably expects its engagement with the labour market to be conducted under some set of non-market norms — norms that are appropriate in a voluntary association, for example, or an athletic club, or a group of friends.

This example helps to clarify what’s bad about the encroachment of market values on the rest of society, because it shows that these norms are not bad in themselves; in fact the company wronged Byrnes precisely because it refused to apply market norms in its interaction with a prospective employee. As Elizabeth Anderson has argued:

To argue that the market has limits is to acknowledge that is also has its proper place in human life. A wide range of goods are properly regarded as pure commodities…. It is beneficial not only to have these goods, but to be able to procure them freely through the anonymous, unencumbered channels the market provides. The difficult task for modern societies is to reap the advantages of the market while keeping its activities confined to the goods proper to it.*

The illegitimate encroachment of market norms and the illegitimate encroachment of non-market norms are two sides of a more general problem. Neither set of norms is globally valid, for all spheres of relations. The realization of different important values requires the observance of different norms, and applying a set of norms beyond the sphere of relations in which it is valid threatens those values.

*The quotation is from pages 166-167 of Value in Ethics and Economics, at the end of a chapter adapted from her paper “The Ethical Limitations of the Market”, which concludes with a slightly different version of this quotation.

The B.C. Liberal government is poised to announce the formation of a special panel to look into the province’s political fundraising rules, following heavy criticism of the governing party’s own practices.

Premier Christy Clark’s office has confirmed that the government plans to form an independent panel of non-partisan experts to investigate political campaign financing.

According to a spokesman in the premier’s office the new panel may consider setting donation limits and banning corporate donations.

The panel will reported to the legislative assembly, but it is unlikely that any changes the panel recommends will come into practice before the May 9 provincial election.

I’m curious about the panel’s terms of reference. The article says it will be an independent body reporting to the Legislative Assembly. But the current legislature will be dissolved in less than a month. If the panel’s work is not complete before the legislature dissolves, its report cannot be released until the new legislature convenes following the election (remember the kerfuffle around Sheila Fraser’s leaked draft report on summit expenses during the 2011 federal election). So this may be one way the Liberals intend to defuse the issue as far as possible, rather than trying to defend the indefensible status quo or caving in completely and running on fundraising reform commitments mirroring those of the opposition parties. Instead, during the campaign Clark can respond to Horgan and co. on the fundraising issue by just telling them to wait for the expert independent panel’s report, casting the opposition as impatient hotheads looking to score cheap points while the governing party pretends to handle the issue in a “professional” manner. 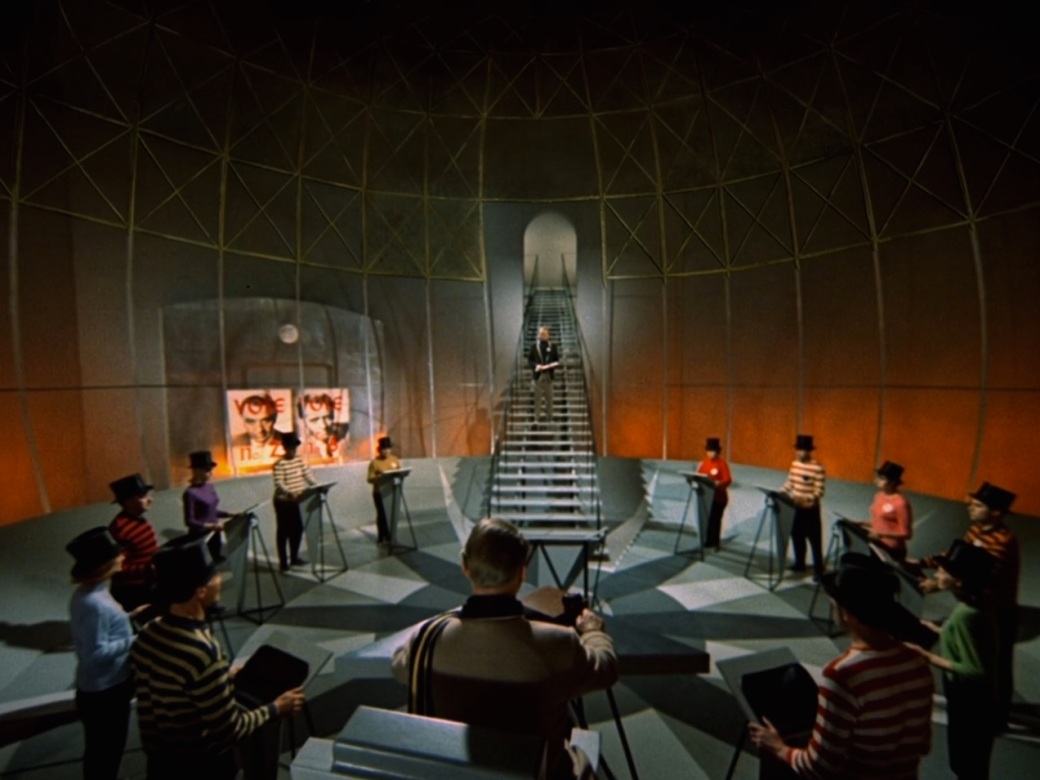 This is all obvious, I think, but writing it down in a form that makes the chain of reasoning clear helps blow off a little steam. Also, I want to keep this as a reminder to myself not to talk as though Congressional Republicans are stupid rather than malicious. 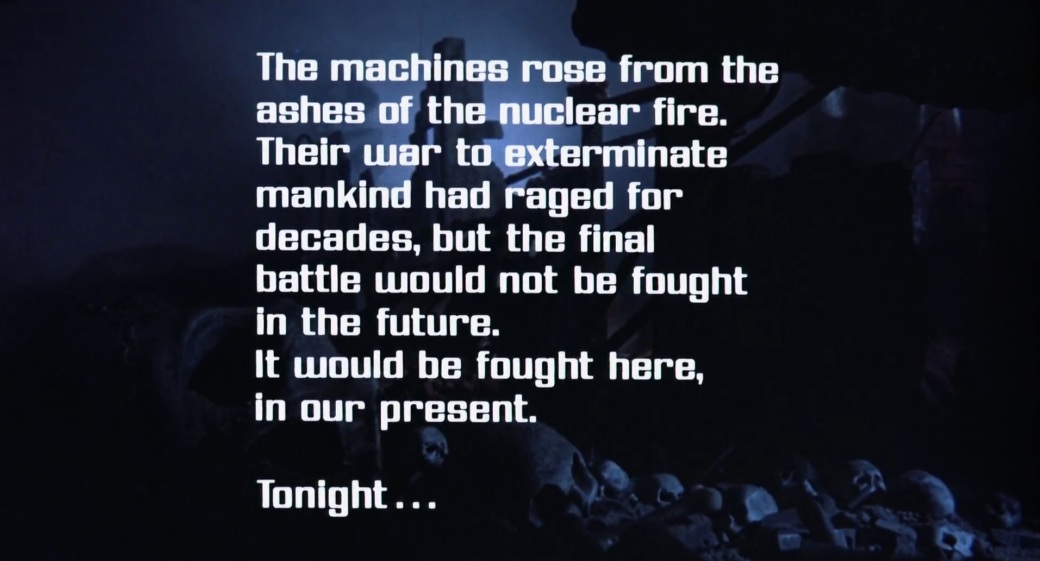 In the classic Star Trek episode “City on the Edge of Forever”, Captain Kirk and Mr. Spock must travel back in time to reverse changes to the timeline that have wiped out the Federation, and with it the USS Enterprise. In Terminator 2, the heroes try to prevent the creation of an artificial intelligence that will be responsible the deaths of more than 3 billion people in a future nuclear war. And in X-men: Days of Future Past, Wolverine is psychically projected decades into the past to disrupt a chain of events that will ultimately result in the enslavement of humanity and the genocide of superpowered mutants.

What is the ontological status of the bad futures the heroes are striving to avert in these stories? In each case, at least some of the heroes have experienced the bad future first hand. In Days of Future Past, one characters even experienced multiple bad futures first hand, all of which involved of his comrades dying horribly at the hands of mutant-hunting robots. Even when these futures are in some sense averted, it seems there must be some other sense in which the events of those futures are still real, even if they can no longer be related temporally to the world of the present in the familiar way. To express this idea in another way, if God were to list every event, the list would include events from the bad future, even though these events could not truly be said to be in the future (or past) of any other events. We might say that the events of the bad future are absolutely real (i.e. real in an absolute sense) but relatively unreal (i.e. unreal relative to some set of events). Absolute reality is a necessary but not a sufficient condition for relative reality. When Kirk and Spock, or the T-800, or Wolverine travel into the past to prevent the bad future from coming about, the most they can hope to do is render the events of the bad future relatively unreal. An event that is absolutely real cannot be made absolutely unreal.

If bad futures cannot be made absolutely unreal, then our picture of the stakes in stories like Terminator 2 changes dramatically. Sarah, John and “Uncle Bob” can’t really be trying to prevent the nuclear war, at least not in the same sense that I might prevent a ball from rolling into the street by reaching down to pick it up before it reaches the curb. No matter what they do, the list of all events will still include events of suffering and death on an apocalyptic scale. But nor are they only rendering the events of the bad future relatively unreal. They are, in Sarah Connor’s words, “making up history” — bringing new events into absolute reality.

The upshot is that stories of this type only make sense within a consequentialist framework. Nothing can truly prevent or ameliorate the horrors of the bad future. The inhabitants of those worlds are lost beyond all possibility of help; between us there can be no moral relationship founded on virtue or duty. The most a time traveler can do is try to make the world better, and the only way to make the world better is to bring a better future into existence. Only this way can there be more good events than bad. And in all of these stories, bringing about a better feature is treated as having the exact same kind of urgency (morally and prudentially) as preventing bad events from ever coming about.

It does not follow from this that consequentialist reasoning has global validity — that it provides the appropriate framework for dealing with all kinds of moral situations. Virtue ethical and deontological frameworks can offer no practical guidance for time travellers from bad futures, but consequentialism faces equally serious problems dealing with normally more pressing ethical challenges like divided loyalties. It’s also not clear that time travel of the kind depicted in any of these stories is even logically possible, let alone permitted by the laws of physics. If the argument is sound, I think the most interesting thing about it is that it shows how the content of a final theory of normative ethics might depend on facts about what the laws of physics allow; if the laws of physics allow time travel, then a final theory of normative ethics must be consistent with the validity of consequentialism in at least some situations.

Our hero giving the official salute of consequentialism